Comments: 3 comments /
Categories: Opinions
[raw]
Recently I was involved in an all too familiar exchange with a lady on Facebook. The topic was about how women are treated as sex objects in our society and I pointed out that men are also objectified as “success objects”.
This lady was in her final year of a University degree studying something along the lines of gender studies but she had not once been introduced to the idea that men could also be objectified by society too, she had never thought of the concept of a success object, where men are only valued for their status or what they can do for other people, not valued just for being whom they are.
Anyway, it got me thinking about perspectives and the way we see the world based mostly on our own experience of it and that reminded me of an old Indian fable. 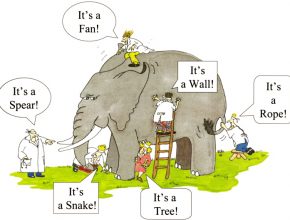 In the story, a group of blind men are touching different parts of an elephant to try to describe the creature. As each only touches a single part, they each disagree about the nature of an elephant.
This young woman was like one of the blind men in the story, yes, she knew what the elephants legs feel like with their thick, rough skin, but she didn’t know what the hard tusks feel like, and as she had not thought to venture around to other parts of the animal, her subjective experience was not giving her the full story. 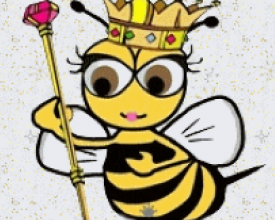 I have a slightly different analogy for the experience of men and women in our culture, equally animal based.
Consider the plight of a queen bee. The queen bee spends all her life building her hive and laying eggs. She doesn’t get to experience what it is like to go foraging nice flowers. She is a slave to her biology, laying egg after egg, day after day. She would love to be one of the worker bees that got to leave the hive and explore.
But what of the worker bee? From his perspective he’s also a slave to biology. He works all day, trying to find the sweetest nectar to bring back for the queen and if anybody should try to attack his hive, without a moments hesitation, he will defend it and his queen with his life.
Who is really worse off? Is it the worker bee or the queen? Perhaps it’s both? Perhaps they’re just bees doing whatever they need to do in order to survive. Perhaps neither role is easy but the contribution each makes, in their own unique way, is essential for the species as a whole? 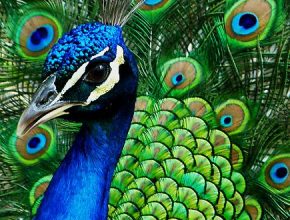 Tim Goldich also has a good analogy, he gives the example of the Peacock and the Peahen. A Peacock has radiant, extravagant plumage and he struts around with aplomb trying to woe a mate.
The Peahen, well, she’s a much plainer, drab bird. To her, it may look like the Peacock has a much better life but his vibrant plumage requires energy and effort to maintain. It slows him down, making him an easy target for predators whilst she escapes.
If you liked Tim’s video above, please visit his YouTube channel for other great videos or consider buying his book, Loving men, Respecting women on Amazon. I highly recommend it!

The future: Seeing the male perspective too

Over the last hundred years, I think we have become more aware of the female perspective and the disadvantages women sometimes face but now we need to start listening to men about their perspectives too, then maybe we can meet somewhere in the middle, appreciating the strengths and weaknesses of both sexes, and building a society where all lives matter.
That is what I would like to see over the next 20 years, and with films like Jessie Jaye’s The Red Pill, and sympathetic MPs like Phillip Davies being vocal on men’s issues, maybe, just maybe, we’re starting to turn the corner!
[/raw]
Tweet
Pin It